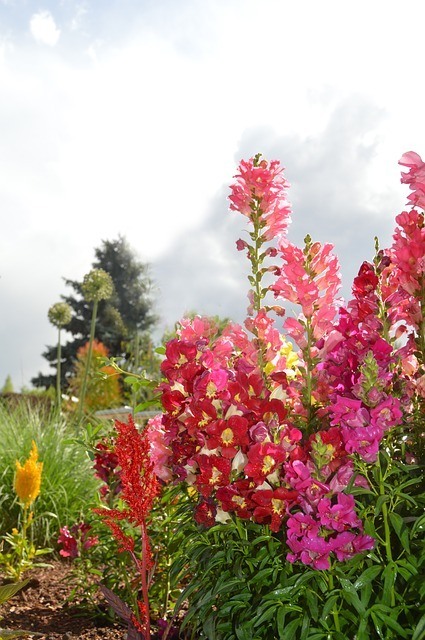 Snapdragons are unique flowers with a cute and evocative name that very much fits their playful personality. The blossom of this short-lived perennial really does look like a tiny dragon; and behaves like one, too. When you pinch the dragon “jaw” of the two-lipped, tubular blossom on the sides, it will open and shut again like a hairy dragon’s mouth.

These plants bloom in gorgeous hues, including white, yellow, orange, red, pink, purple and bicolor. They’re beloved by humans, butterflies and hummingbirds alike! Learn more about this lovely flower, from common types to fun facts involving magic, folklore, health benefits and other fascinating trivia. Falling in love with them is a snap, especially after you learn more about their unique attributes.

What Are Some Types of Snapdragons? 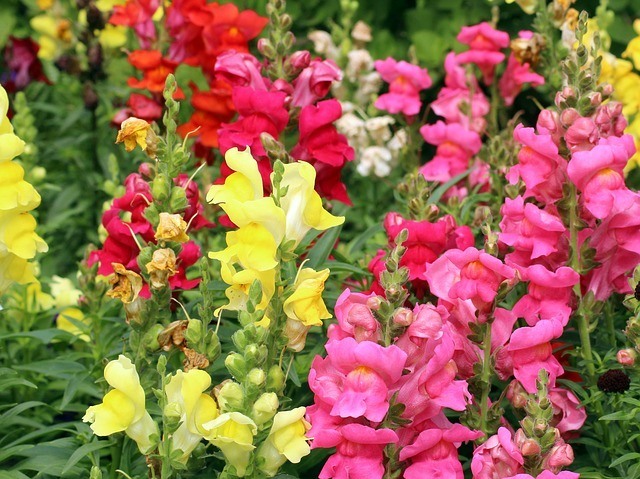 The common snapdragon flower (Antirrhinum majus, pronounced “an-tih-RYE-num MAY-jus”) is indigenous to the Mediterranean region but loves cool weather and spots of full sun exposure. Snapdragons thrive on organically rich and well-drained soil. They used to be considered a part of the Scrophulariaceae family, but later DNA studies led to their inclusion in the Plantaginaceae family.

They are often grown as an annual, as they are frost tolerant and easily propagated via seed. According to the U.S. Department of Agriculture plant, their hardiness zones are 8 through 10. Some of them don’t feature the iconic little dragon or lion mouth but instead produce bell-shaped or azalea-shaped blossoms. Snapdragons come in about 40 species falling into three categories separated by height: dwarf, intermediate and tall.

Featuring open-faced, long-blooming blossoms, dwarf cultivars are frequently found as bedding plants, border fronts and in window boxes. They average in size from about 6 to 15 inches tall. A unique fact about dwarf cultivars is that they also bloom in bronze besides the more common pastels and vivid hues we’re familiar with. Of note is the “Princess White with Purple Eye.” Its flowers are pure white but feature a conspicuous purple spot. Other types with colorful names include Crackle and Pop, Snappy, Candy Tops, Snaptini, Floral Showers, Palette and Twinny.

You will often find intermediate-sized varieties as bedding plants and in mixed borders. Just like the dwarf cultivars, they can also appear in bronze, as well as in lush burgundy! As to size, they are about 15 to 30 inches tall. For luxurious crimson blossoms and bronze foliage, go for the “Black Prince” hybrid. In this group you will encounter Sonnet, Solstice, Speedy Sonnet and Liberty Classic.

Tall snapdragons are grown in cutting gardens and along back borders. They require some extra care such as staking to prevent breakage, growing to a height of about 30 to 48 inches. Among them, the evocatively titled “Madame Butterfly” can grow to a height of 3 feet, impressing with double, azalea-like blossoms.

What Is the Origin of the Name? 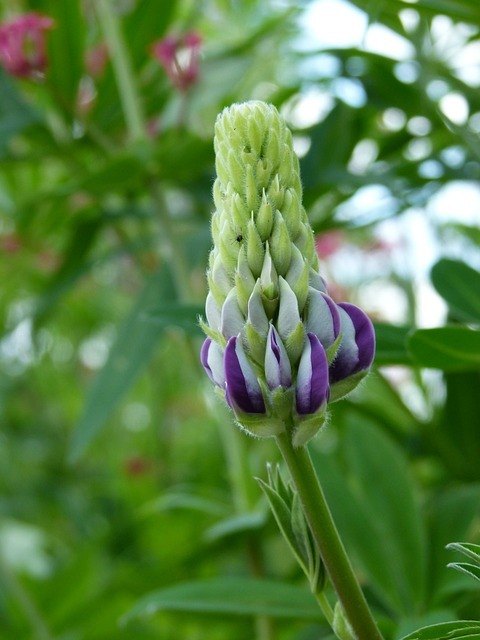 This plant’s name derives from the fact that they look like a dragon’s face, with a cute yet slightly mean-looking little mouth that opens and closes when the petals are pressed on their sides. Their scientific name Antirrhinum means “counterfeiting nose” or “like a snout” in Greek, as in “anti” meaning “against / like,” and rhinos, meaning “snout.”

In the Netherlands, snapdragons are called “lion’s lips,” while in Germany they are referred to as a “little lion’s mouth.” In Asia, they are known as “rabbit’s lips.” Clearly, everyone saw some kind of animal in these flowers that have been cultivated since the 1700s.

When snapdragons wither and die, they can look like dried up little skulls.

Snapdragons are almost entirely pollinated by bumblebees. Honey bees are not heavy enough to activate the flowers’ unique opening design. This also allows snapdragons to control their reproductive success, since other insects can’t get to their well-shielded nectar.

In the Mediterranean, snapdragons were once cultivated for the seeds, which contain a high amount of oil. Although it wasn’t the greatest quality oil, it was used like olive oil. In addition, there was a belief that anyone who was anointed with snapdragon oil would become famous. Their oil was also used in Russia for its anti-inflammatory properties.

Fact #6: Anything But Blue

Snapdragons bloom in a plethora of colors, usually pastel but even including bronze! But they do not ever bloom blue.

Fact #7: Are They Plantains?

They belong to the plantain (Plantaginaceae) family and are also related to speedwell (veronica) and foxglove (digitalis).

The vividly colored blossoms can be used for dyeing cloth.

They are one of the best-selling florist flowers all over the world. 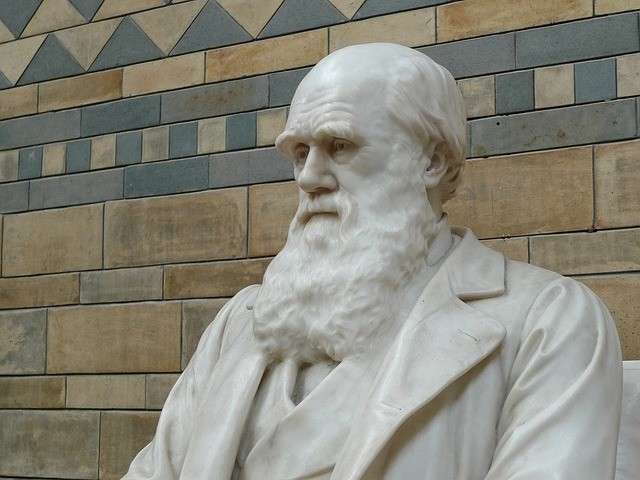 The genus Snapdragons starred in the earliest genetic studies performed by none other than Charles Darwin, playing a key role in the investigation of the genetic basis of plant development, especially floral development. Since then, its genome has been studied in great detail.

Fact #11: A Host of Health Benefits

Snapdragons have anti-inflammatory, astringent, diuretic and liver-purifying and capabilities. They can be used to flush out bacteria for those suffering from urinary tract infections, reduce the discomfort of hemorrhoids by reducing the pain and swelling, assist in the healing of various wounds, reduce fever, treat abscesses and boils and much more.

Snapdragons can be dried using a drying agent like a silica gel or glycerine.

Several snapdragon varieties have snagged All-America Selections awards. The first snapdragon ever chosen as AAS winners were “St. George” and “Royal Rose,” in 1936.

These pretty plants are phototropic, meaning that they bend toward light sources.

Fact #15: They Give Good Vase Life

In a vase, snapdragons will last between five and eight days.

Snapdragon hybrids did not exist until the mid-20th century. Now there are hundreds.

2019 is Year of the Snapdragon according to The National Garden Bureau, which acts as the marketing arm of the gardening industry.

Fact #18: Harmless Beauties Are Safe for Kids and Pets

Snapdragons are not poisonous to children or pets, unlike many other types of lovely flowering plants.

They are resistant to deer. Deer won’t eat them!

Fact #20: Do You Speak Snapdragon?

In the romantic and mysterious language of flowers, snapdragons represent deception (as in concealment) on the negative spectrum and graciousness on the positive spectrum. Purple snapdragons symbolize spirituality, while red ones stand for love and passion. Yellow ones bring happiness and good luck, and white ones reflect innocence, grace, purity and good magic. Of course, most modern people won’t know what you’re talking about when you discuss this aspect of the flower, but they’ll be most appreciated even without deeper hidden meanings! 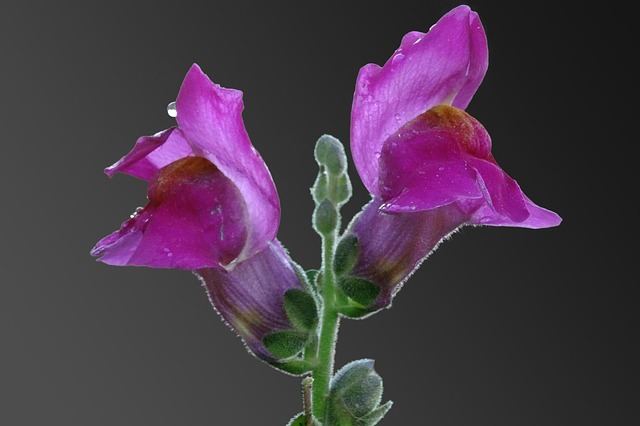 As you have gleaned by now, snapdragons have quite the personality and a story to tell, from ancient myths about witchcraft to all kinds of unique properties. We love them because they can be both really “cute” with their little dragon visages but also completely stunning. Some folks prefer the smaller versions in their yards and go for the Sonnet and Solstice, while others prefer the more noble and elegant looking tall cultivars such as “Animation,” “Rocket,” and “Snappy Tongue.” The variety is astounding.

You can also get so-called trailing snapdragons great for cascading from window boxes or hanging baskets such as “Fruit Salad,” “Luminaire,” and “Cascadia.” Then there are Butterfly types without the famous “snap” functionality. Instead, their petals are fused to form a butterfly shape. Finally, now there are double blossom varieties, known as double azalea snapdragons, such as “Madame Butterfly” and “Double Azalea Apricot.”

If you desire a multicolored variety, select the “Lucky Lips” with their purple and white flowers, and if you want almost black foliage rather than green, the “Bronze Dragon” is your friend; while “Frosted Flames” boasts green and white variegated foliage.

Whichever type of beauty you favor, and despite their incredible variety, snapdragons have several things in common. They will most certainly attract butterflies, hummingbirds and bumble bees to your garden; and many even small children! We surely squeezed our share of snapdragon heads when we were young, to the chagrin of our grandmother and her beloved garden. There’s definitely much to love, whether you seek to plant flower beds or have some beauties for cutting and showing off on the dining room table.