5 Organic Ways To Get Rid of Roly Polies 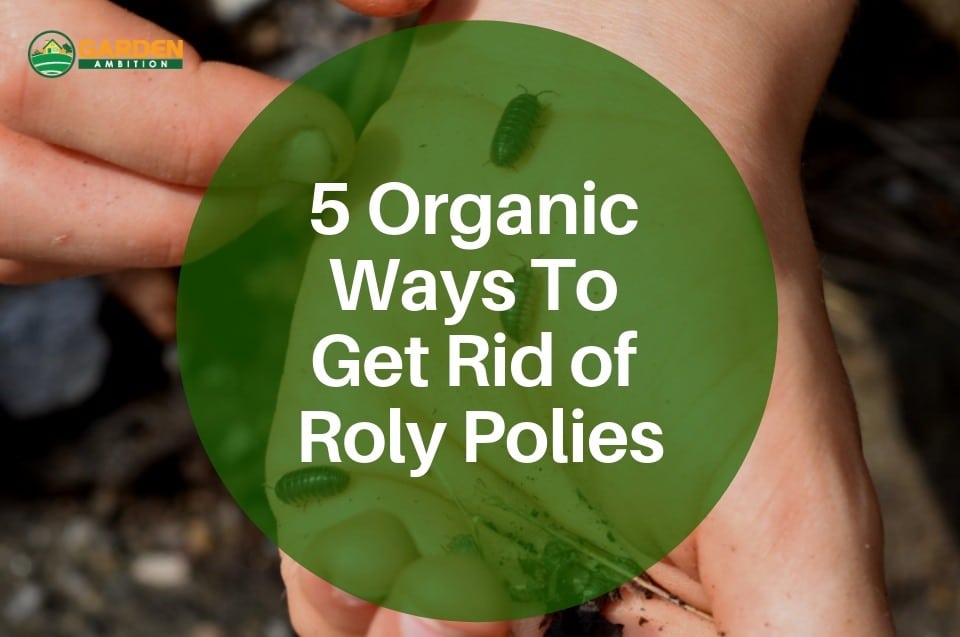 We will show you how to control the roly poly bug in your garden. Gardening is a fantastic hobby. Not only are you rewarded by seeing your plants grow from seedling to full size, you can enjoy their fruits, flowers or leaves. There’s nothing quite like eating a tomato fresh from the vine or cutting a bouquet from your own garden.

However, it takes a lot of hard work to get to that point. Successful gardening includes learning what everything you find in your garden does and how one thing can affect another. You have to figure out how to balance the different elements at work to create a functioning little ecosystem.

Many creepy-crawly critters that may make someone shriek with horror are actually good to find in your soil. Take a minute to think before squashing that bug. While an ugly little thing, it may play an important role in the cycle of life in your garden.

When an infestation of an otherwise beneficial insect occurs, it usually indicates that you need to make some changes to the conditions present. The roly poly bug is one such bug that deserves further examination.

What is the roly poly bug?

The Roly Poly Bug is the common name applied to a group of related critters that include sowbugs and pillbugs. While there are many distinct species, they are closely related enough that it’s easy to mistake one for another. These ovular armored critters are about 3/4 of an inch in length, have seven pairs of legs and come in a range of colors from grey to brown to purple. They get the name “roly poly” from the effective survival tactic all of them have in common: Poke one and it will roll into a tight ball with just the antenna sticking out (or not, depending on the species). Predators are thwarted by their plates of protective shell.

This isn’t the most unusual fact about the roly poly bug. Much like a marsupial, a roly poly spends the first several months of its life in the mother’s belly pouch. Unlike a marsupial, the first weeks of its life are as an egg in a brood of 30 to 40. No kangaroo can carry that many joeys. Roly poly mating happens throughout the year but peaks in the early spring months of March and April.

Even though you find them crawling around in your garden, roly polies are not insects. They are isopods, which makes them distant cousins to crustaceans like crabs and lobsters. If you look closely, it’s not hard to see the family resemblance. Roly polies have overlapping plates of shell covering their entire bodies, just like on a shrimp or lobster’s tail.

Where do you find them?

Turn over a rock in your garden and you’ll probably scare the proverbial pants off a roly poly. They prefer to hang out in dark, damp places like under said rock or a wood pile. If that place happens to feature rotting vegetation, even better.

What do they eat?

Any plant that is full of water and starting to rot is on the roly poly menu. Like worms, they help the process of decomposition along, turning plant matter such as fall leaves into the nutritious elements essential to healthy plants. Don’t be surprised if you find a few roly polies in your compost pile. As long as they aren’t eating healthy plants, roly polies are beneficial to your garden.

A few pillbugs or sowbugs are a good thing. A lot of them is a problem. A roly poly infestation is a sign that your garden’s ecosystem is off balance. With a little detective work and the right tools, you can restore balance and fix your pill bug problem.

What can you do?

The Roly Poly Bug eats the stuff that we put into our compost piles. When they start eating fresh green leaves and growing fruit, they are doing so because conditions in your garden have forced them to. It is a sign that it’s time to take a closer look at not just the foliage and flowers, but also the structures and decorations that make your garden more than just a lot of plants. Most often you’ll find the cause at your feet.

What’s on the ground surrounding your plants? There just might be a roly poly buffet. Old leaves, twigs, and dropped flowers and fruit can create a tasty spread for unwelcome diners. Clear away any plant debris and chuck it into your compost where it belongs.

Mulch made of smaller wood or bark chips can also be part of the problem. With smaller pieces, water cannot flow through to the soil beneath. It stays trapped on the surface in the mulch, which will rot as a result. That sounds like dinner for any critter that likes to munch on decaying wood. Switching to a mulch of larger pieces or loose compost can take care of the problem.

Once you’ve cleared away their food, it’s time to remove their homes. Can you imagine a spot a roly poly would love more than the bottom of an old wood pile on the ground? Anywhere that can hold moisture is a potential roly poly haven. Remove any standing water. Check the drainage throughout your garden.

If roly polies are invading your home, check around your home’s foundation, windows, and doors for plant debris. Roly polies can’t survive indoors for more than a few days without a source of water. Any that crawl in has to have come from a nearby hiding spot. Seal up any cracks or holes you find. This is also effective prevention for other creepy-crawly infestations.

Sometimes we can be a bit overenthusiastic about watering. It’s the most common gardening mistake and an easy one to make. Don’t you want to provide your plants with everything they could possibly need?

However, waterlogged plants are susceptible to fungi, mold, and rot, all things that turn healthy plants into appetizing roly poly food. If you can, let your plants dry out for at least a few days. Remove anything that is keeping water from draining or evaporating. If your soil isn’t draining, you can add perlite to lighten it up. Check for moisture in the soil before watering in the future.

Along the same lines, make sure that your plants have enough air circulation. Not only is it a good habit to give your plants their ideal growing conditions, but adding things such a trellis for your vining plants or support stakes for drooping flowers helps dry up excess water and prevents illnesses and infections.

If the plant has started to decompose, it may be best to cut off the affected section or pull out the entire plant, a literal way to cut your losses. Similar to previous steps, you are removing a potential source of bug food. The remaining healthy plants will be far less enticing if there isn’t anything to attract the roly poly bug to begin with.

Now that you have removed anything that may attract roly poly bug, let’s make it difficult for them to get to where they shouldn’t be. Sprinkle a ring of diatomaceous earth around the affected plants. Diatomaceous earth is natural and safe for pets but kills a wide range of little multi-legged, antennaed invaders. It is a fine powder made up of the fossilized and crushed remains of diatoms, microscopic animals that dwell throughout the world.

Diatomaceous earth works as a mechanical or physical insecticide. While abrasive, its granules are too small to do anything to humans or pets. However, any bug that crawls through it will end up covered in numerous scrapes and cuts all over its body. The water loss through those openings will kill the bug. Diatomaceous earth can be used outside and in the home.

If your plants are in containers, the solution can be as easy as rummaging through your junk drawer. You can either roll pieces of tape with the sticky side out or use double-sided tape to create a sticky trap for anything crawling up the sides of the container.

While tedious, you can’t argue with this simple solution’s effectiveness. You can also find a few entertaining shortcuts. Sucking them up with a wet/dry vac will seem ridiculous at first. Who vacuums their plants? If you can get past this, it is a fun way to eliminate roly polies.

To evict the bugs from your plants, shooting them with a sharp jet of water from a hose is effective. Do this on a hot, sunny day. The roly polies will flee to a dark, moist hole. Those that don’t will dry up in the sun. Be careful not to completely soak everything. That would just start the problem all over again. 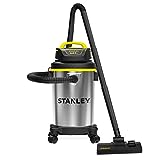 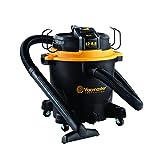 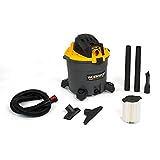 All your work is worth it

Anyone can dig a hole and toss in a plant. The real gardening happens as you learn about your custom-made mini-ecosystem and how to manipulate it. With that information, not only can you eliminate a problem like too many roly polies, you can easily prevent it from happening again.