How To Get Rid Of Boxelder Bugs Efficiently 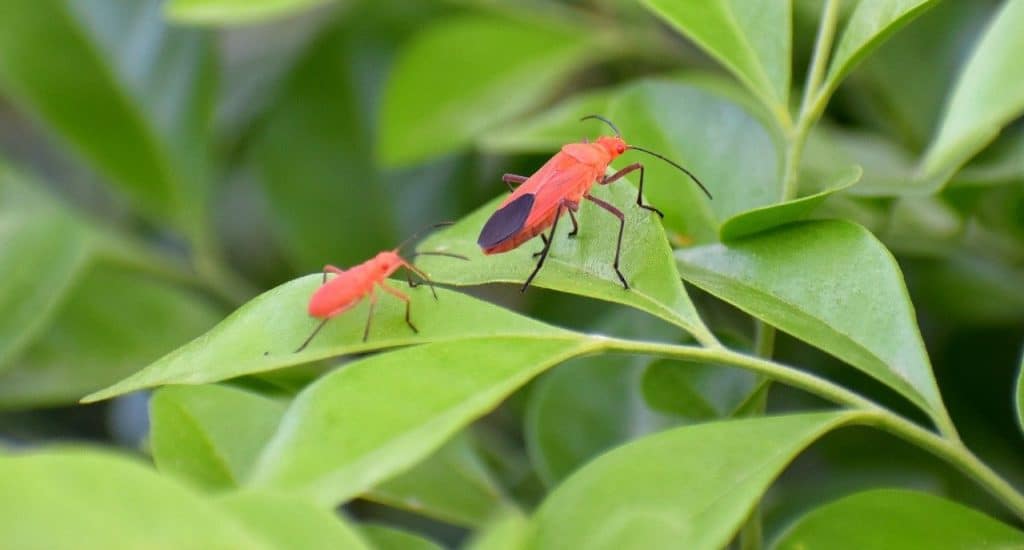 Boxelder Bugs are one of the most commonly found pests in the US. You can identify them by the red markings on their dark brown or black abdomen. They are nearly ½ inch long and are often attracted towards the boxelder tree (which gives them their name). Sometimes, these creepy crawlies can also be spotted on other trees.

Although they hardly cause any significant harm to the trees they attack, they can turn into a real nuisance at certain times during the year when they invade homes and multiply rapidly. Sometimes their piercing-sucking mouthparts may puncture your skin, causing minor irritation. They can even stain your walls and other areas with their fecal material. 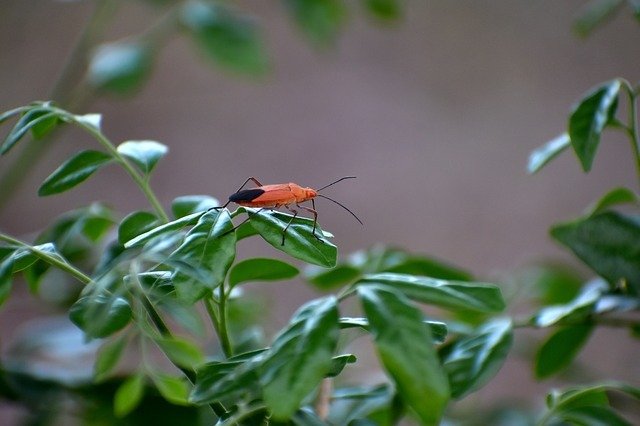 Image by Sandeep Handa from Pixabay

You can spot them in clusters around pillars, alongside walls, bases of trees, and row fencing during Fall. If you struggle with these pests at your home, you should know a few simple ways on how to get rid of boxelder bugs. But before we get to that, here is a brief overview about these invaders.

What Are Boxelder Bugs? 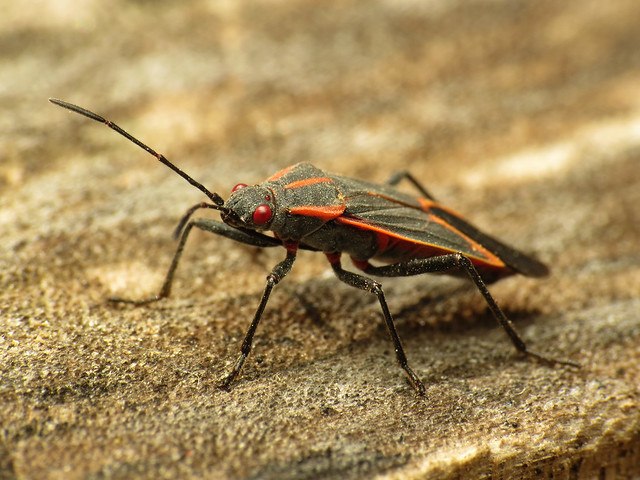 They may invade protected places like houses, buildings, crevices or cracks in walls, attics, doors, wall voids, under windows, or around foundations to seek shelter. These insects love basking in the sun, and can come out during Winter time on days when the sun is shining.During Spring when temperatures are warmer, they will emerge from their hiding to search host trees to lay eggs and feed. More often than not, these bugs swarm on the west and south sides of buildings, because these areas are usually the warmest and the sunniest. The population of boxelder bugs grows substantially during dry, hot Summers.

The right approach should include three aspects: prevention, exclusion, and TAP insulation. Boxelder bugs often proliferate in the fall and spring. If you take appropriate action before they start flocking towards your house, you could prevent potential damage. 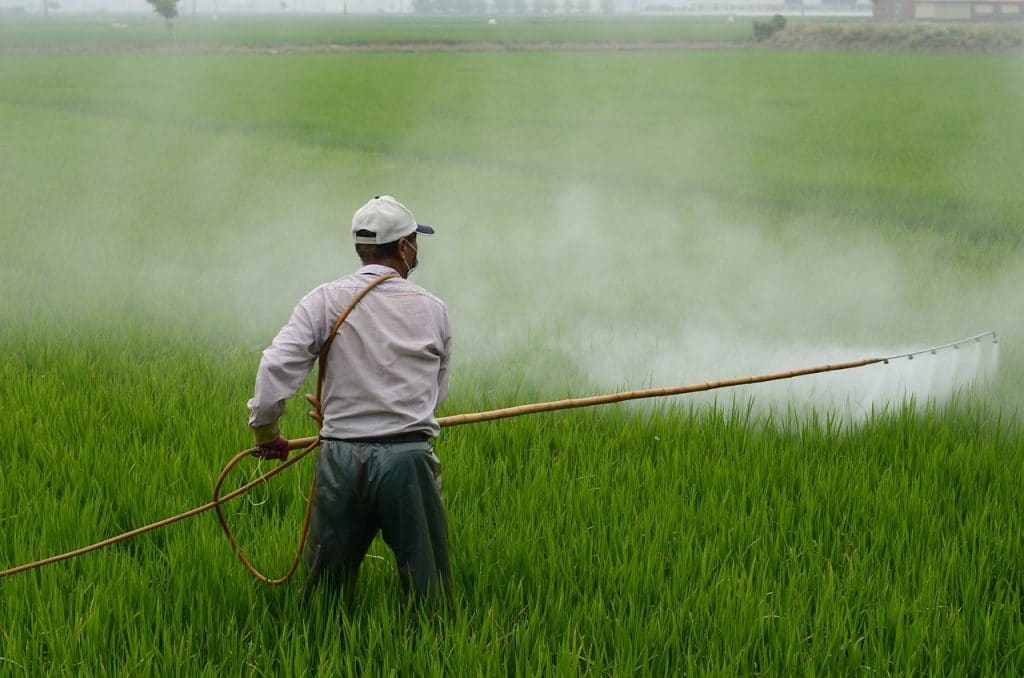 Image by zefe wu from Pixabay

Prevention is the key to avoiding any kind of bug infestation. You can spray residual insecticides on the exterior walls of your house to keep boxelder bugs from overwintering. With an early treatment, you can control the immature stages of these bugs.

Ideally, you should spray the exterior walls twice: once during Spring and early Summer months in which they emerge, and once during Fall when they search for shelter. Once these pesky creepers have entered your premises to overwinter, it would be far more difficult to control their proliferation by locating all infested voids.

Prevention is also the most cost-effective way to keep these bugs out without major repairs to your house. If your home has a history of boxelder bugs invasion, locate and seal as many exterior crevices and cracks as possible during early Summer. However, if these bugs have entered your indoors, you can even remove them with a vacuum cleaner.

How to Get Rid of Boxelder Bugs

If traditional preventive measures fail to work, what next? A Thermal Acoustical Pest Control insulation, or TAP, can help in locating, eliminating, and preventing bugs in hidden areas like your attic. TAP is an environment-friendly, greener approach that uses energy-efficient products.

TAP is EPA-certified, and saves up to 32% more energy than traditional insulation methods. The insulation is made from natural borates and recycled paper, and can be installed on top of an existing insulation. Furthermore, it can increase your property value by energy saving and sound-deadening.

Complete exclusion comes as an ultimate permanent fix. Pests usually enter your house through gaps, crevices, and cracks. They may squeeze into your house to find shelter, get away from predators, access food sources, and stay protected from other outdoor elements.

Boxelder bugs squeeze through the crevices to survive the harsh and cold temperatures of Winter months. If you remove their access points, it may solve the issue at the root.

Other approaches on how to get rid of boxelder bugs include the application of insecticides. For this, you can both chemical-based and organic insecticides.

Chemical insecticides consist of a formulated perimeter treatment to be used around your house exterior. You should spray the insecticide around all visible and non-visible openings, including attic vents, cellars, basement windows, doors, siding, windows, garden sheds, garages, and entire home perimeter.It may not destroy all the bugs living in your yard, but it will surely prevent them from entering inside. The bugs passing over the insecticide barrier eventually die. As a result, the population of boxelder bugs in your yard will decrease.

Consider spraying the south, west, and southwest sides of your house or yard. You can use a power spray or a backpack sprayer for maximum coverage. Pyrethrin-based insecticides are most effective against boxelder bugs. These insecticide sprays contain a highly poisonous compound extracted from pyrethrum flowers.Other chemicals may be added to improve their effectiveness. Remember not to use perimeter insecticides inside the lawn as the chemicals may damage the grass or other plants. You can call a professional exterminator for the perimeter treatment with chemical insecticides.

Wondering how to get rid of boxelder bugs with organic insecticides? You can prepare an organic insecticide by mixing 1-2 tablespoon of dish soap in a spray bottle containing water. Shake well before you spray the soapy solution on the pesky boxelder bugs.Is it an effective approach on how to get rid of boxelder bugs? Well, the answer may vary. According to some theories, soap kills boxelder bugs by breaking down their hardened skin. Eventually, the cell membranes of the boxelder bugs deteriorate because of which the bugs dehydrate and immediately die.One catch in applying the soapy solution is to use it directly on the bugs. Whenever you witness a group of bugs, you can soak them with soapy water. Make sure the insects get coated in soapy water because soap may not have a residual effect on bugs not coming in direct contact with it.Another organic insecticide can be food grade diatomaceous earth. You can sprinkle it around your house perimeter, at the base of infected boxelder trees, and in other areas where these bugs seem to gather. Diatomaceous earth consists of porous sedimentary deposits of fossilized phytoplankton known as diatoms.You can get the diatomaceous earth from a nearby home improvement store. You can also get it from retail garden supply centers. Remember to wear gloves and protective clothing while spreading the substance. Follow the instructions marked on the container label carefully. Although the diatomaceous earth is non-toxic to humans, it may cause an allergic reaction in some people. The diatomaceous earth effectively kills boxelder bugs by breaking down the hard, protective coating.Borax is another effective organic insecticide that can be sprinkled around tree bases, house exterior, and inside the yard where you find groups of boxelder bugs. Borax is a white-colored, boron-based compound used in household cleaning. You can find borax in the cleaning aisle at major grocery stores. Some departmental stores or larger drug stores also sell borax. Borax also works by breaking down the hard, protective coating of the bugs, destroying the cell membranes, causing dehydrating, and ultimately death of the bugs.

Whatever solution you may choose on how to get rid of boxelder bugs, remember to follow these tips:

However, purposefully introducing new insects into the yard’s ecosystem may upset the balance. You can place captured spiders and praying mantis egg cases in the bushes or trees. You can also plant raspberry bushes and rose bushes to attract praying mantises into your yard.

Another effective approach is to hose down the bugs. Spray the bugs out of your yard with a forceful stream of water from a garden hose. It may not kill the bugs, but it will deter them from gathering. Finally, you can remove and kill them physically. You can stomp or swat the bugs whenever you see them in the yard. Alternatively, you could release them outside the yard, and achieve safety of your home and complete peace of mind.