What’s the Difference Between Vascular and Nonvascular Plants? 8 Differences To Know 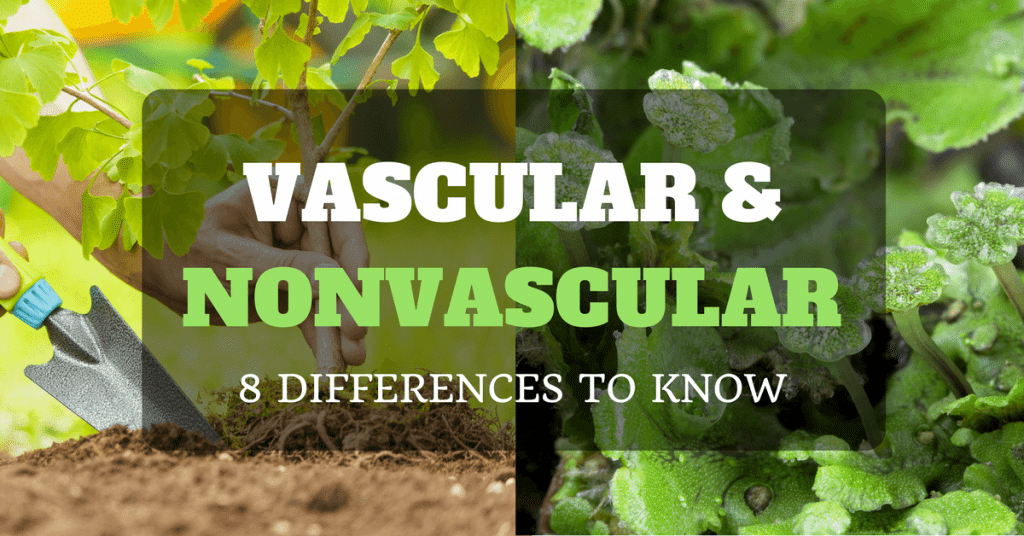 Every plant you encounter in your backyard or park is unique, and like us, they need to be understood to flourish. And a big part of why plants’ needs differ is because they might belong to different plant groups – vascular or nonvascular group.

So, if you’re interested in making your garden fruitful, you should learn the difference between vascular and nonvascular plants. The clover plant is a member of the vascular group

To help you out in this dilemma, we’ve prepared a list of common differences between the two plant groups.

1. How They Get Watered On the other hand, nonvascular plants get watered like a paper towel that takes up water from a countertop. They also have the ability to stay alive for long periods of time, even if water is unavailable. This unique ability is called desiccation. A few mosses growing on the brick wall Liverworts have no vascular system

Another good indicator of the difference between vascular and nonvascular plants is their leaves. Vascular plants have complicated leaf structures and contain various kinds of cell that help the system undergo photosynthesis. However, the nonvascular plants don’t have the usual leaves. Yes, their leaves have only one single layer of cell, and the nutrients in their so-called leaves are quickly sent from one cell to another. Fern is an example of a vascular plant

5. The Presence Of The Stem The stem transports nutrients from one area to another What makes the plants appealing and attractive? of course, it’s the flowers that they bear! If you need one visible indication of the difference between the vascular and nonvascular plants, then you should look for the flowers. A beautiful flower with purple petals

Vascular plants have the ability to bear flowers since the flowers are crucial in their reproductive cycle. Flowers contain both male and female parts that are essential for pollination. Without pollination, no fruit or seed can ever be created. On the other hand, nonvascular plants do not undergo pollination for reproduction, and so they don’t have flowers. Tomato is an example of plants that bear fruits

I hope this article will help you appreciate and understand gardening and Kingdom Plantae even more. Do you have any topic you want to share? Please don’t hesitate to leave me a message.