Why You Should Buy Solar Garden Lights: Complete Guide

It's a beautiful summer night, and you're sitting on your deck relaxing after a totally insane day at work. The sun just set, and the only thing more relaxing than watching the lightning bugs is that beautiful glow coming from your solar garden lights.

Just that thought should make you exhale. Of course, now that the insanity of the day has been erased and your mind is free to wander calmly, are you wondering when did we realize we could harness energy from sunshine?

Solar energy, a phrase we're all familiar with, especially when followed by the words affordable and environmentally friendly. But not many are unaware that solar technology dates back to the 7th century B.C.

Solar energy history began with the magnifying glass used to concentrate the suns rays to make fire, then in 1839, Alexandre Edmond Becquerel discovered the photovoltaic effect which explains how electricity can be generated from sunlight. Then in 1941, Russell Ohl invented the solar cell, and in 2002, the 38.7-kilowatt White Bluffs Solar Station went online in Richland, Washington.

There's even more solar technology history buried between those few mentioned events. And the future of solar technology promises so much more, including solar electricity electrolyzing water, producing hydrogen for fuel cells.

The sun, imagination, and vision -- the possibilities are limitless.

But enough on history and mind exploding possibilities, let's narrow our focus back to those lightning bugs and solar garden lights.

Quick Navigation
What Is This Sun Magic?
Where Can I Place These Amazing Mysteries?
No Mystery, Magic, or Effort in Placing
Why I Should Buy Solar Garden Lights
Let There Be Light

What Is This Sun Magic?

For the rest of us, simply put, solar lights are super smart devices, that catch the sunlight in solar panels, that transfer the energy to batteries, that power the light when the sun goes away. And that was simply put.

It's been said that solar lights are like mini-satellites. They generate and store their power during the day and then release it at night.

It isn't magic; it's science.

When the photoreceptor on the light doesn't detect sunlight, it turns on. The battery then delivers power to the light throughout the night. Or until it runs out of power.

That explanation was put as simply as possible from a non-scientific perspective. Although it would have been a lot easier just to say it's magic.

Most solar lights have only one setting, like a on/off switch, while others have an automatic switch off, so it can switch itself off at dawn and back on at dusk. While obvious to some, that on/off switch has caused many to believe their lights don't work.

A few tips to get the best performance from your solar lights are, take the protective screen off your lights before you use them. Charge the batteries for a minimum of two, preferably three, days before turning them on the first time, and clean the solar panel and lights regularly. Dirt and grime can build up decreasing their lighting capacity and efficacy.

Where Can I Place These Amazing Mysteries?

As long as you place solar garden lights in an area that gets sufficient sunlight to charge the battery, you can put them anywhere and everywhere. Choosing the right type of solar light for your home and garden depends on the area you want to illuminate.

The obvious place to start would be the pathway leading to your front door, invite friends to visit by having a safe, well-lit path to your front porch.

Then next would be to light up the shrubs around your home to keep burglars at bay. And while we're speaking of bad guys, add some solar spotlights to the perimeter of your home, motion sensor ones work very well.

Garden solar lights are ideal for entertaining and as a decorative feature that will provide a warm ambient glow among plant beds. They can be free-standing, placed into the ground, or even an elegant lamp post.

Do you have a pool or a pond? Highlight it with some decorative and functional lighting. It will calm your spirits and delight your senses. And while we're delighting the senses, put smiles on faces by adding some whimsical solar lights tucked into your flower beds.

Are you fortunate enough to have some beautiful tall trees on your property? Place one or more solar spotlights around the base of a large tree, with the light facing upward. It's almost breathtaking what lighting like that can do to a tree, especially as it moves in the breeze.

Does the sun need to shine on them?

Most solar garden lights will need to be placed in an area that gets adequate sunlight for the batteries to be charged. Eight to 10 hours of sunlight will fully charge the battery and give you the strongest illumination.

The brightness of a solar light depends on the brightness of the sun, the amount of daylight it is exposed to, the quality of the photovoltaic cells, and the size of the LED bulb.

On those days mother nature decides the sun will not shine on you, your solar lights won't shine for you that night. Hopefully, for you and your lights, that won't happen too often.

What about when it's cold?

As long as the sun shines, the cold won't affect your solar lights. However, winter means fewer hours of sunlight, and that means less time to charge those batteries. So you probably won't get a full night of solar lighting.

Also, if winter brings snow to your area, the snow will cover and block the solar cell, thereby prevent the battery from charging.

No Mystery, Magic, or Effort in Placing

There are very few tasks easier than placing solar lights in your landscaping. Most solar garden lights are wireless; all necessary parts are on the light. No mystery, magic or effort, just push them into the ground.

The lighting range of solar lights can be from 1 to 2 feet up to 10 feet, depending on the manufacturer's design. Most standard garden lights may only shed light for a few feet, so if illumination and security is your goal, then it would be a good idea to place the lights closer together or in strategic positions around your property.

Pick areas in your yard, your pool, your patio, or your deck that you would like to highlight or bring special attention to. You've worked hard putting that fountain in the middle of your flower garden. Light it up! Let everyone appreciate your efforts.

So you have an area where you'd like to have solar garden lights, but that area doesn't get a lot of sunshine. Don't despair; all you need are lights that come with a separate solar panel. Locate the closest place with sufficient sunlight and grab your shovel. But it can be a small shovel because you won't have to dig deep.

Since most solar garden lights come with the solar panel attached to the light, you won't have to dig the dirt to install lights. The only effort you will have to expend is pushing the attached spike into the ground where you choose to place the light.

So put the shovel away. A big advantage of solar garden lights is you don't have to run wires. You could light up the entire back yard and not even break a sweat.

Why I Should Buy Solar Garden Lights

Solar lights are a great way of adding beautiful ambient light around your home and garden. They provide illumination for pathways and driveways, project light onto a special garden feature, add a festive feeling around the pool, or provide security lighting as a safety precaution against intruders.

One of the most important features of outdoor lighting is adding security to your home and deterring crime. Depending on the source, home burglaries in the United States happen every 13 to 19 seconds. On just about every list of the top 10 ways to prevent home burglaries is light up the landscape.

Solar garden lights, as well as solar security lights, are an excellent way to light up nooks and crannies, leaving fewer places for the bad guys to hide. Well maintained landscape lighting shows people that your home is well cared for, which can deter trespassing and theft.

In addition to keeping the bad guys at bay, guests will feel more comfortable coming to your home at night if they can see a clear path to your front door and your front porch is well lit.

It is also important to put lights near any stairs and uneven areas. The lights will shine on those areas at night, which will help prevent injuries from falling or twisting an ankle. Lights will also reduce the risk of someone slipping, falling, and possibly suing you.

For many, cost, or lack of, could be the strongest motivating factor for solar garden lights. The major advantage of solar lights is they cost nothing to operate. Nothing added to the monthly bill from the power company.

The only cost of solar lighting is the initial purchase price of the lights you choose. Fortunately, those costs continue to drop, while selections and availability continue to rise.

What could be more beautiful and relaxing than sitting on your deck at the end of the day with your beverage of choice, looking at a beautifully lit yard? You worked hard putting that landscaping in, mowing that yard, planting those flowers. That effort deserves attention not only during daylight but after the sun sets as well.

Light creates more than just visual effects; it also has biological and containers effects that can impact the health and wellbeing of humans.

The benefits of those solar garden lights keep adding up.

There are countless solar light possibilities. From solar lit containers to whimsical creatures, practical to absurd, functional to ... whatever. In the case of solar garden lights, is it form follows function or function follows form?

Either, it doesn't matter. Put some light into your night, light up your senses, and highlight your hard work with free solar energy.

Let There Be Light 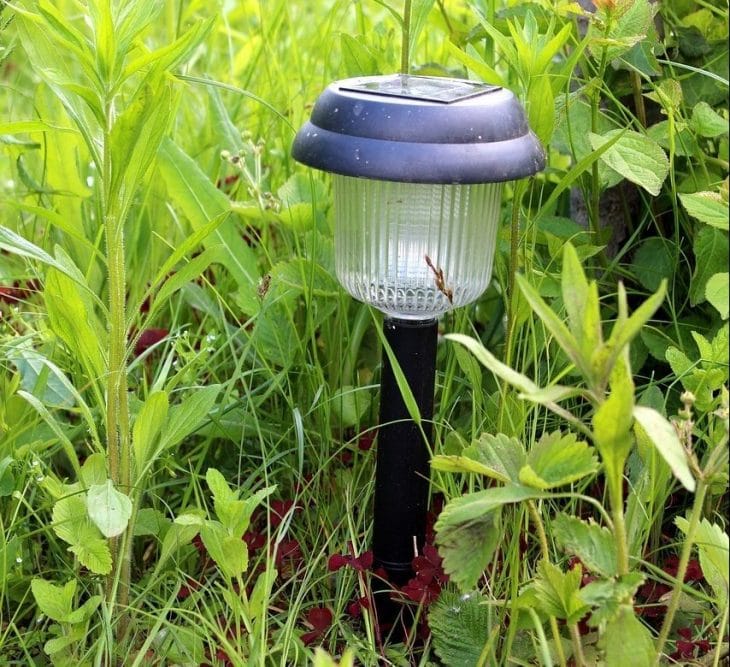 In just these few words, we've gone from destressing from a crazy day at work to 7th century B.C. and back again. We learned some history and science and even lightly touched on magic. All that in one article to tell you why you should buy solar garden lights.

Buying solar garden lights is a good idea no matter what motivates you: safety, aesthetics, ease of installation, cost, outshining the lightning bugs, or all of the above. Find some lights that will light up your pathways and tickle your fancies.

You can install them one day after work, let them charge for three days, then sit back and admire. You'll appreciate them, even more, when you open your monthly power bill.

Let us know in the comments below which solar garden lights your purchased first.